Home/Anecdotes, Deep Thoughts, Playgroup/The Search For a Playgroup
Previous Next

When my son was around four/five months old, I was going a little stir crazy. I wasn’t employed and I had no real mom friends. My only friends that had babies lived too far away to visit on a regular basis. So I hung around the apartment with him a lot. My dad noticed that I was going a little nutty being in the house all the time. 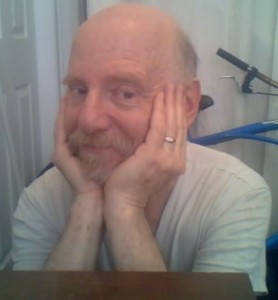 So I indulged him. I looked online for playgroups. And the majority of the playgroups I found cost money. I was astounded. It seemed counter-intuitive that I should have to pay for my child to play with other kids. Plus, I had no money to spend on such things. My boyfriend and I were barely making ends meet as it was. So I kept looking.

I contacted a local children’s toy store to inquire about playgroups. They informed me that they organized mother’s groups by birth month. Great! Could I join it? Yes, for a mere $30 fee. So I succumbed and paid the cash to have some social interaction with other mothers. They added me to the email list.

So I sent out a mass email to the moms on the list. I told them who I was, and that I’d like to meet up and get to know them. We arranged to meet at a local coffee shop. I carried my son over in my Baby Bjorn. When I arrived, nearly the first words out of one of the mom’s mouths was:

“Is that comfortable?” She was referring to me carrying him in the Baby Bjorn.

“No, actually,” I replied “He’s getting really heavy now. So it’s not really that comfortable anymore.”

“Well, you could get the Ergo baby carrier, but it’s kind of expensive,” she replied. Now this comment may sound innocent, but it was loaded. She was making an allusion to the fact that I might not have the money to afford to buy this pricey infant carrier. I was already turned off and questioning why I had left the house.

After several other disparaging comments including chastising me because my son doesn’t like to take naps during the day, I felt my head was about to explode. Suddenly, one of the quieter moms abruptly stood up and announced that her daughter was fussy and she had to leave.

I followed her out the door and we immediately started chatting about how rude the other moms had been. We bonded fast and soon began taking stroller walks in Prospect Park together with our babies. And then after a two months of hanging out, she moved upstate with her family and I was alone yet again.

I kept up the stroller walks, and because I had no money I searched for free activities that I could do with my son.

One Saturday I was looking online for free activities to do with my son and I found that The Grand Army Plaza branch of the Brooklyn Public Library was having a Story and Play Time session that day for ages 0-5 years old from 10am – 11am. So I hightailed it over there with my son.

We were late, of course, so we missed the story portion of the program. But we made it in time to play. My son and I walked into a large room filled with children and toys. He was in heaven. He promptly shoved every toy in his mouth (at least once) and crawled around like a maniac. 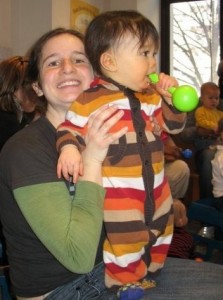 Then, admist the crowd of unfamiliar faces, I recognized one of the women there. It took me a minute as I was rudely staring at her to try to remember where I knew her from. Suddenly, it dawned on me; I went to High School with her!

“Hey, did you go to LaGuardia?” I asked her

“Yeah, I think we were in the same math class!” I said, so happy to see a familiar face.

Upon further conversation, we realized that we both were drama majors at LaGuardia. For those of you who are unfamiliar with LaGuardia, it is a conservatory based arts high school where students major in drama, dance, music, vocal performance, or fine art.

Our sons were only two months apart in age. Her son (at the time) was 11 months and my son was 9 months.

After the Story and Play time was over, we continued to hang out and she and her son walked me home. She told me that she had met a woman from Norway at the library program, whose son was 10 months. They had been hanging out a lot because they were both still on maternity leave from their jobs. She said that I would love her friend too. And I did!

I was thrilled! After meeting a sea of unfriendly people, I had met the one friend that I had needed all along.

With that a playgroup was born. The three of us began hanging out weekly and sometimes multiple times during the week, and I didn’t have to pay a cent for it. 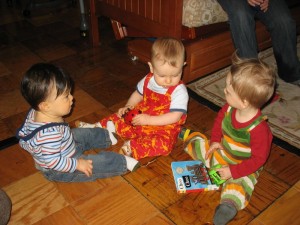