I have always been an impatient person. I hate waiting in lines, being on hold on the phone, waiting for someone to call me back or answer my text or email. I have an extremely low frustration tolerance. 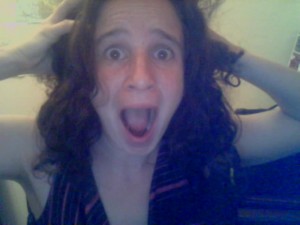 This low frustration tolerance does not come in handy when having a child.

Today, my son was having a bad day. Was he hungry? Nope. Everything I offered him to eat he promptly rejected. Except for Cherrios. All he wanted to eat today was Cherrios. Try as I might, forcing vegetables in front of him he pushed them out of the way.

I tried to play with him, he didn’t want that either. I thought maybe he was tired, so I attempted to put him down for a nap. But all he did was scream.

Finally, I was completely and utterly exasperated. So I yelled at him:

His response: he began crying hysterically.

Needless to say, I wanted to bang my head against a brick wall. Or throw myself out a window. It is during these moments that I wish babies could talk. It would really make things a lot easier.

People tell you:
“Having a baby is hard.”

What they don’t tell you is that sometimes, as adorable as your kids are, they push you to your absolute limit and beyond.

I have never been tested so much in my entire life. And it has really grated on my nerves. 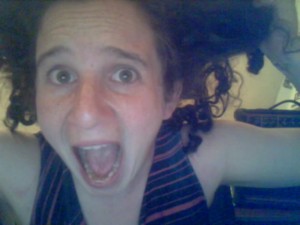 However, I have to tell you, that I feel like (in some bizarre way) being utterly frustrated by my child has made me a more patient person in other situations. I observe myself behaving more patiently in situations in which before I had a child I would have flipped out. So being pushed to a frustration threshold has somewhat of an upside.